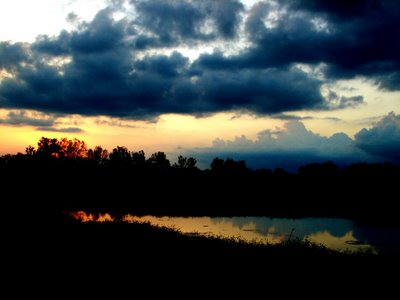 Yes, it's back in the shop. Since it's now apparent that the belt was not the problem -- it shredded part of another one -- they're looking it over again.

This should be faster. They're actually in town this time -- the last time they were on vacation.

In the meantime, I'm kind of floating along here trying to get focused. I finished the draft of Touched by the Wild last night. For some reason, I haven't been able to focus on anything since then. I need to start an outline today since I joined the outline marathon, and I even have a story I want to do... but for some reason it's not coming together....

Or maybe it is. Maybe I've just been looking at the wrong point to start the story. I think I'll start the outline earlier, and maybe use that stuff for backstory if I don't like that point to begin it.

Yes, that' s much better. I need the early part worked out anyway, because much of what happenes later depends on it.

I guess it's time to open SuperNoteCard and get to work.

It's a good thing I can so easily entertain myself. Makes being stuck at home again not so bad.

I should talk to myself more often.

Hugs, Zette. It's not like you didn't have enough on your plate even before your car went ker-thwump.

Hope the outline is coming along better...and a nudge on posting the 2yn class?? Hugs...

Knew I forgot something....