How NOT to get work done 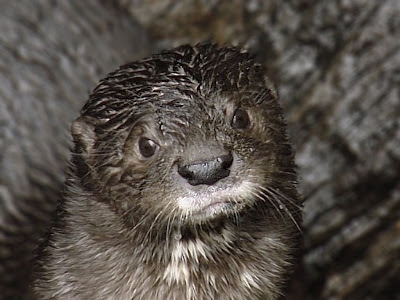 I had every intention of getting up and finishing the chapter for Ada Nish Pura first thing today. My mistake? Looking at my email first. I knew better. I should never look at email before I set about doing the one thing I have planned to do for the day.
However, at least this time I had fun email: A request to use one of my pictures in a conservation flyer to be distributed in various areas of Africa. Yes, that sounds odd -- but I used to spend a considerable amount of time at the Henry Doorly Zoo in Omaha, Nebraska, and I never went without my camera. I got very good at getting pictures of odd animals and I always give permission for various groups to use them. Nile soft-shelled turtles, ring-tailed cats, langurs. . . .
So, if the group already found the picture they wanted, what was the problem?
I didn't think the picture was the best one I had. So I started sorting through zoo pictures looking for more of them. I have thousands and thousands of zoo pictures. They are not sorted by animal. (I really, truly have to at least get them sorted into birds, mammals, etc.) I eventually found about 12 more pictures of which three turned out to be reasonable, after some work in Photoshop. They were older pictures, taken with a low megapixel camera, but a bit of work and I liked them much better:

So here it is after 4 pm. I have not looked at the chapter yet. I'll get to it. I need to check my work email, though, soon. (Ack. Did. Work there.)
The cat is now on my trusty old Wacom Tablet. LOL. I guess I can't play around with art/pictures anymore!
Oh good. Dinner is almost done. I guess I don't have to work after all. (grin)

I have put all four of my novels at Smashwords on sale for $0.99! Head to my Smashword's page:


Choose the book(s) you want and at the checkout, enter the code next to the title:


Kat Among the Pigeons: NA89T


Katlyn is a member of a fae clan whose job is to stand the line between human and magical lands, a secret she has trouble hiding from her new human boyfriend even before she unexpectedly finds the fate of the world in her hands.


She isn't magically strong, and unlike other fae who understand all animals, she only caught birds and cats -- not a good combination. However, when she isn't able to reach other fae for help, Kat and her boyfriend frantically fight the enemy with the aid of a lazy tom cat, an African gray parrot who only speaks in verse, and a wise-cracking cockatiel with a bad attitude.


She's trying very hard not to think the world is doomed.


Silky: KU22M
Life as a slave robbed Silky of his magical abilities and left him with no expectations of a better life -- until his own act of bravery delivered him into the hands of a powerful Lord of the Land.
Working with Lord Reed starts him along a path that will lead to power, danger and heartbreak . . . and a future the young slave boy could never have imagined.


Silky 2: RW57G
Wealth and power can't buy safety for the former slave boy who has become one of the most powerful people in the land of Anthica, and even the backing of the Queen won't always keep him safe.
Personal danger, however, will never stop Silky from doing what is right and continuing the work Lord Reed put into his hands.


Silky 3: ZD89X
The Jainta have invaded Anthica, and while Dalton remains behind to help lead the army in a fight for survival, Silky and the Queen take a perilous trip across the sea -- a dangerous journey that pits them against a merciless enemy and sets Silky against his worst nightmares.

Email ThisBlogThis!Share to TwitterShare to FacebookShare to Pinterest
Labels: My books 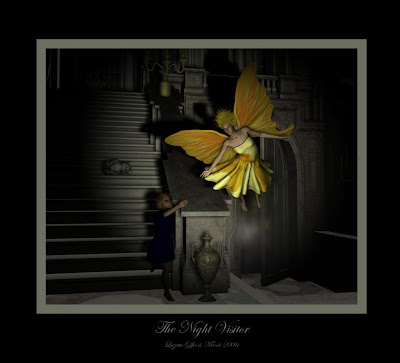 The one thing I've noticed about writing that relates very closely to real life is how there will always be a lot of people telling you what you should do. Sometimes what they say can be helpful. Other times, what they are really saying is 'this is what worked for me' or 'this is what I want out of life/writing' which may not be anything close to what you want or need.

Some advice is always helpful, especially if you are looking for specific help in some area. Sometimes it can even be a 'lightbulb' moment as you perceive something you never realized before. However, many times advice can be detrimental to your work if you aren't prepared to deal with it wisely.

If you hear from your favorite author that she always does X when writing, and you don't -- does that mean you need to change?

No. It might mean you need to try X and see if it works for you -- never be afraid to try something new -- but even if you adore the author and would love nothing more than to write like her, that doesn't mean you should, or can, follow what she does.

Your brain does not work like hers. Nor are the stories you write going to be what she would have written. You don't want them to be, no matter how much you love the material. You want to be true to your own muse, and tell your own stories, right?

Which brings me back again to advice. There is no more one true way to write than there is one true way to live. Your circumstances dictate what works best your you. Actively seeking to do better will help you improve. Trying to follow every bit of advice will leave you frustrated and your stories in shambles.

And this leads to something more to remember in writing (and life, for that matter). You only learn by doing. All the advice and books in the world will not make you a better writer. You have to sit down and write, learn what problems you face, and write better the next time.

Listen and learn from others, but listen wisely and learn what works and doesn't work for you.


I haven't been very active on the Internet for the last couple weeks. Life stepped in. Wind was very ill and had to go to the vet, but he checked out and came home. Then yesterday he got ill again and he'll stay at the vet for a couple days this time. The vet is still convinced it is not anything too serious -- this time a bad cold and congestion, but his heart sounds fine, he's eating and all is well. Just needed to get it taken care of as soon as possible so it didn't get worse. He's about 13, so at that age where things can go wrong. His sister died a few months ago, so that makes me extra careful again.


Edmond and Zaphod are fine.


I have put my back out again. Not as bad as the last time, but still annoying. I'll survive it. The weather has been up and down, but not too hot lately, which I really appreciate.


But let's talk about writing. In the last couple months I've made one of those breakthroughs that makes you wonder how you could have missed something so obvious before this. The breakthrough has to do with both overused (weasel) words and taking the simple answers instead of pushing a bit harder for better descriptions and such.


This is an edit breakthrough. It may affect how I write first drafts in the future, though I suspect because of how I approach the first rush of a story, I'll always have to consider this as an editing change. That's okay. I don't want to ruin the way in which I initially approach a story because, for me, that's about getting the storyline down. What good is perfect prose if you never finish the story because you're so caught up in the 'perfect line' that you don't tell the rest of what happens?


Right now I'm working with a checklist of 20 commonly overused words. I go through a chapter and run a check for each word. Then I do a quick check for adverbs, making certain they don't overpower a page. Ellipses and dashes are next on the list. I overuse both.


After that, I run the chapter through Manuscript Analyzer (http://www.christophermpark.com/tools.php ) to make certain no other odd words turned up too often. I follow that by a quick run through Word's grammar and spelling check, usually ignoring most of the suggestions, but often catching something odd that slipped through.


Then I read the story aloud and make changes for the flow.


As you might imagine, this is a very long process, and massive rewrites at several different levels. This is, in fact a 25 step rewrite for every chapter, and I try to get one chapter rewritten a night. Sometimes even that much work is difficult. However, the end result is worth the difficulty.


By having a checklist, I not only don't forget what words to look for, I can check them off and work on other things as they come in. I have the same sort of list for my DAZ work, which is actually about 50 steps for each newsletter. It may seem like a mechanical way to approach something which should be based on inspiration, but if, like me and most people in the world, your writing time is given to you between bouts of real world work, then having a list can help. Since I print it off and keep it on the desk, it also provides a good spot to jot down notes about things you think you might need to recheck in earlier chapters.


If this works the way things usually do for me and writing, eventually the material I most often need to change will stop appearing so often in later stories. This is how I learned to spell better, too. I have the Word spell check on and because I got so tired of constantly having to correct things, I learned to spell them instead. I suspect the same will happen with the overall writing, though this will be a slow and laborious move forward.


I don't mind. I am one of those odd people who enjoy finding ways to improve my work. I am glad to have come across this set of problems and not only recognize them, but know I can work to improve them. Seeing the problem is the first step, of course, but then a person has to be willing to find the answer. I think I am doing so.


So that means I am very, very busy right now. All the usual stuff is out there -- DAZ newsletter, Vision, FM, etc. Sick cats, bad back pain and house problems. But each time I get through one of those real world problems, I can go right back to work on the novel.