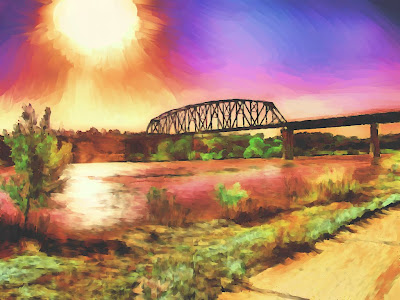 It doesn't have to be one or the other


I've talked a bit about how the world of publishing is changing. We see it all the time these days, in both good and bad ways. When I see lines like 'traditional publishing is over, traditional publishing is broken' and all the rest, I remember reading about two instances in the past where these same sorts of things were said about the book industry. The most recent occasion was at the advent of cheap paperback publishing. Prior to that addition to the shelves, publishing had been limited to hard bounds which made them rather elitist in their own ways. People were appalled at the idea of paperbacks for the masses, and the drop in quality of both the books and the writing that they saw in this new technology. It was the birth of the genres as we truly know them. It did change publishing and made it a far larger industry.


And the time before paperbacks where there was an upheaval? It was the birth of the printing press when books could be distributed in large numbers, rather than a few carefully copied manuscripts sitting on the shelves in the house of the rich or hidden away in holy houses. Now anyone could write and publish a book and the masses (more or less) could buy it. This was, they said, the downfall of scholarship and the end of the truly elitist antiquarian society.


But here is the point: in both cases it was not the end. Rather, it was change and the publishing world adapted to it. It wasn't an instant adaptation, and there was (as there always is in human nature) attempts to fight against the tide of change. That's inevitable in any long term project that suddenly faces drastic changes from the outside.


We are now in the midst of one of these drastic changes in publishing. We've all seen it coming and some of us have been taking advantage of publishing along the peripheral in ebook and small press companies.


The publishing industry is not broken; it is adapting. It will change and while a lot of what we accepted may fail in the change, something will survive and go on along with the other new forms of publishing. People are still selling books to the New York publishing houses and following their dreams. There is no reason not to try if that has always been what you wanted.


But here we come to the real point of my post (finally). People seem to think that this has become an either/or world for writers. Either you pursue traditional publishing or you self-publish. This isn't true -- at least if you have more than one book in your files. Many writers, including ones who have had long-time business relationships with big publishers, have now started offering items through self-publishing. Many of them offer backlist books when they have reacquired the rights. Others offer the rest of the series that a publisher never completed.


New writers don't have that backlist. They might, however, have several finished manuscripts and been unable to get a publisher interested in. There are small press and ebook publishers out there as well, but self-publishing is not as frowned on as it was ten years ago. It just has to be done very carefully. Why wasn't the book sold? Was it because of the story, or was it the quality of the writing? A self-published writer must have material that is as well written, and probably better edited, than what you'll find on shelves in stores. If the book is going to present you as a 'real' writer, than you better make certain it stands up to the test.


If you do self-publish (or publish with a small press or ebook company) that does not mean you can't still send work out to agents and publishers. There is no reason to cut yourself off from any venue of publishing, in fact. We are in the midst of a revolution but it's one of those rare revolutions where you don't have to choose sides. You can play on both sides of the field because the line is wavering at the moment. It is unlikely, now that the wall has been breached, that it will ever be formed up as solid as it had been before.


For some of us, this means instead of looking at the these changes as the demise of traditional publishing, we need to start looking at them as new opportunities.


If you are going to self-publish don't do it haphazardly. These books are going to be read (if you work hard at marketing) by people who will either become your fans or who will not buy another of your books no matter how it is published. Be prepared to do more marketing than anyone in any other form of publishing -- and that's a lot as it is.


Don't leap into any form of publishing without thinking it through. But also don't make a choice and think that's the end of any other choices. Take advantage of all the chances there are out there today. But do it wisely.
Posted by Zette at 8/25/2010 11:17:00 PM No comments:

Why I don't fear middles 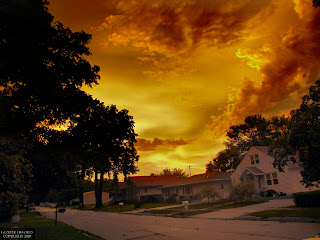 I think the problem with most writers is that they think of the story as three parts -- beginning, middle and ending.

It isn't. It's a flowing story, and there should be no moment when you suddenly feel as though one part is done and you are entering into something different. That's just setting your brain up to think 'Oh, different. I'm not ready for different!'

Here, however, are some things to consider. Once you have gotten past the part where you have introduced your characters, world and the plot problem, you are in this nebulous 'middle' that everyone hates.

This is really the most fun area of the book
In the middle you get to do all kinds of things. Your characters can make serious mistakes and correct them. They can have a complete loss of faith in their cause and win it back by the time you head into the last chapters. Your antagonist can have big wins, making things all the more difficult for your main character.

The middle is the section where your characters face problems, come to terms with what they want, and move on to the ending where they resolve those problems and win or lose.

Don't let the middle daunt you.

I don't entirely agree with the idea of 'let the story veer' though. It can take different paths, but if you end up with a story that is not what you wanted to write, then it's not going to help. You have to keep the problems that you posed in the start of the book, and trouble along the way, in mind when you reach the final pages. The ending may not be exactly what you first imagined, but it should still link back to the problems that have not been solved from the start of the book, and anything that you left unresolved in that horrible middle section. (grin)

Even if you don't outline, it might help to jot down just a few notes to keep you focused on what you want. Pin or tape them where you can see them as you write. If you come up with an idea that seems to veer too far, check it over carefully. It's likely that it will work with a little tweaking.

Or you might have come up with a better idea than your original thoughts. That often happens while you write. In that case, you need to look back over your opening and see how you can tweak it to fit better, if it needs to be.

However, don't go wandering off on a new path without examining it and studying where it's going to lead. If you keep doing that, you're just going to end up with a lot of disjointed storylines and too much work to make something manageable out of them.

You have a story you want to tell. Write that story. Stick to it and go all the way to the end. Don't take an easy 'oh, I'll do this instead' answer because the easy answers aren't usually the best ones. If you have hit a spot in the story where you are confused or bored, then go back and find out why. Don't automatically scrap your storyline just because it's easier to go in a different direction. That's not going to help you in the long run. It's like all the people who write a few chapters, then hit a problem and leap off to start a different book instead of working the problem out. They aren't learning anything.

If you are writing a romance, your intro is going to bring the two together and set up obstacles for them that stops them from being together immediately. After that, you can introduce more troubles, moments of 'almost got together' only to have something ruin it, etc. Then, at the end, you have to look at everything they faced and find a reasonable way in which all of it can be resolved and the two get together.

In a fantasy or science fiction novel, you might start with an attack on a town. The main character and some companions are introduced through their actions. So might be one or more of the enemies, because faceless, nebulous enemies are not as interesting as someone the reader can see and name. The opening to the novel would likely cover all the actions your main group take in order to survive and get away from the town. After that, they might be on the run, trying to find a way to fight back. The enemy is still after them. This is the area where the main character can make mistakes that might get followers killed. He can have a loss of faith in his ability to help others. He can be pushed to the limits and finally finds that he will push back. After that, the story will start heading towards the ending section and the final confrontation in which everything the character has done, from the very opening until that moment when he faces the enemy again, will come into play. What did he learn when he lost the others? What did he learn when he was pushed too far?

So, my real suggestion is to stop thinking in terms of beginning, middle and ending. Focus instead on the next step in the story, no matter where that stop might fall. What, logically, can go wrong for your main character? What can push him into more trouble that is related to the situation, and how will he get out of it? How can he reach that ending you have in mind, or an ending that will take everything you learned along the way into account and give you (and the reader) something that connects back through the entire story.
Posted by Zette at 8/09/2010 03:46:00 PM 1 comment: