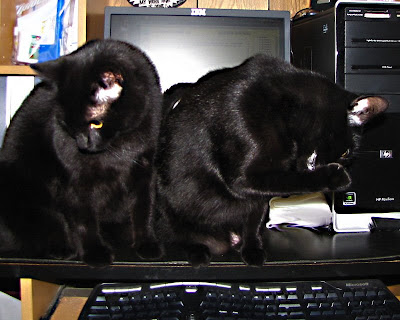 Okay, so I'm not fully tracking anything right now. I still haven't gotten my final outline done for NaNo. I have gotten much of the DAZ newsletter done, and barely on time. I still have work to do for Vision. That one just keeps slipping away from me.

I am suffering from a massive headache tonight, which I do NOT appreciate at all. It might be sinus or it might be weather change. Whatever it is, I'm just not happy to have it hit now. I've taken enough pills that it's either going to clear up or I'm going to sleep. Or maybe both. I don't care at this point.

NaNo is just a couple days away. Am I ready? Not as much as I would like to be. I do have a couple more days, so there is hope. I'm probably closer than I think -- with this headache it feels as though everything is overwhelming. Hate days like that. I'll get the work done, though. I always do.

I should say that I have at least two very good stories for NaNo. The current outline isn't done, but the story is a lot of fun, and I could probably go to the end of it without any trouble, even without an outline. I would like to get it done, though. I don't want to risk hitting the 'what next' problem on any of the stories. As busy as my life is these days (you noticed, right?), I don't want to unnecessarily waste NaNo time to figure a story out.

Besides, I stress this so much with other people that it would be awfully embarrassing for it to happen to me. I will have the rest of the outline, even if it's only a few lines for the last quarter of the book. I do still have several small pages of notes to get transcribed into the outline yet, so we'll see where I am after that. I can see the end is near, I'm just not quite there yet.

Of the outlines I have, Silky 4, Autumn Storm, Wildlands and I'm not Who You Think are the ones that are going to make it for this NaNo. I could not get enough research done on In the Shadow of Giants or Foundling: The Story of Tom Luck. I'll be working on those in December and one of them will be my January 1 story and the other probably my March (birthday) story.

I will likely do snippets here during NaNo, and not just on Wednesdays. That might be fun. Providing, of course, that I can find the time.

Okay, yeah. Time to work. Get things done. I can do it!

Can I have a few extra days to slip in here before November?

Back from A Writing Vacation 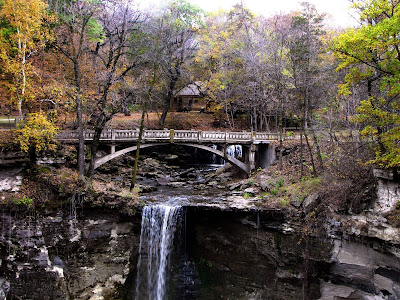 Yes, I missed last week. I was away from home! For several days!

Since I hadn't been out of the house overnight for several years, this was a really big thing. My husband (who lives about 2,000 miles away), had to be in Minneapolis for the week. He flew into Omaha, picked me up, and we drove up to Minneapolis. He did work stuff. I stayed in the hotel room having a wonderful little 'writer's retreat' during which I finished a short story, wrote two and a half outlines and did research on two other books.

Here are some pictures:

I loved it. Not only did I get to spend some time with Russ, I had a very quiet, peaceful time. I did not do any other kind of work during that week. It was a much needed vacation from my four jobs, as Russ pointed out. (DAZ Newsletter, FM site, Vision Editor and publisher, County websites... oh, and then there is that writing stuff.) Of the four, DAZ and Vision would likely be considered full time jobs by most people. The DAZ newsletter is weekly, so that takes up a lot of time. Vision needs more time than I can give it, to be honest. FM takes a lot of my time, but it's not steady. And the county website stuff has slowed way down lately.

Which brings us to writing. I want to write. I want to write more than I do now. I don't see how I can get any more time without quitting one or more of the jobs, and that's not going to happen if I want to have food and Internet. Not to mention paying for FM, though I did have some nice contributions this time, and we slipped over the edge so I could pay it. Next up will be a site just for Vision if I can swing it next year.

Oh, did you see that? How I start out talking about writing and it goes right back to FM and Vision again? That's the way things are going in my life.

But I have two and a half outlines for NaNo. They all are fantasy this year. One is just a straight fantasy adventure, Wildlands. The second is the last of the Silky books. That one is really calling to me to get it done. The third is an urban fantasy that I hope to have outlined before November 1. It's the sequel to Summer Storm. I also have one lone, little Young Adult contemporary mystery outline that I've had for a while that I'll throw into the group and see if I want to do it.

My plan, as always, is to write a full novel for NaNo. I often do more than one novel, but I plan on one. If that goes well, great. If it doesn't, I'm not worried about other stuff I think I should be doing. I just haven't quite decided which is THE novel this year. I suspect it is going to be the Silky one.

There are two other pieces I'm working on, but I can't see that they'll be anywhere near ready for NaNo. That's all right. I need something to start out 2010, too. I always start a new book on the first day of the year, and this will give me December to finish up research and to outline. The two books are Foundling: The Story of Tom Luck, which is a Victorian Fantasy, and In the Shadow of Giants, which is a sci-fantasy. I've loved doing the research on these two. If I had more time....

But I don't. So I'm looking at the 3 or 4 outlines that I have in hand. That should be more than enough for anyone to think about. I'm working at getting fired up for NaNo, too. Last year was pretty bad for me. I was depressed about spending a second set of holidays alone. This is year three. I don't want to think I'm getting used to it, but I guess I am.

I hope that the DAZ work doesn't take too much of my time in November. I would love to really fall into NaNo this time and get a lot of writing done.

Oh, and it looks as though I'm going to adopt myself out to a different region this year. I'd really like to find a place with a lively on-line presence at NaNo and one that would actually be interested in what I'm doing. We'll see if I do it and now that goes! 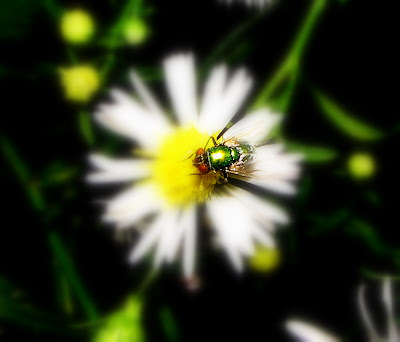 I am somewhat preparing for NaNo now that I am done with The Servant Girl. I keep having twitches to reopen the novel file, though, and start editing it. It's too soon, though. I know it. And if I do it now, I'll just have to redo it in a few weeks. So, no looking at it yet.

Instead, it's time to really start thinking about the next novel, which will be the NaNo one. Or two. Or even more if I get moving this year. I have four possible outlines, plus a fifth I've been holding onto for a few years until I get the urge to write it. This might be the year.

The outlines I'm working on now are:

In the Shadow of Giants (Science Fiction and Fantasy)

A little heavy on the fantasy stuff there. Maybe I should try to come up with something just straight out science fiction, like a new Devlin novel. She could be fun to write about again. I think the reason the last story is calling to me is because of all the fantasy. It gives me something different to write about.

Foundling and Shadow of Giants both need background work. I have my books stacked up, and I think I'll get a good amount of that work done next week. We'll see. If not, I have the other three novels to choose from, so I'm fine anyway. I can get either of the research-heavy outlines done for the start of the year, if nothing else.

I love working with outlines and background material. I enjoy finding new things to slip into the novel, and being able to do it easily in the outline, rather than fighting to shove something into material already written. Not that it doesn't still happen sometimes, but I would rather find the ones I can before I start serious writing. And it lets me not worry about getting sidetracked by work and messing up the story because I lost track of what I was doing.

Outlines allow me to just write and be creative, and to explore the story possibilities and the characters on a level that I couldn't if I didn't have a basic plan on where they were going. It allows my story to move logically and build on things that I know are going to happen as well as things that have occurred in the story.

It's like studying maps before you take the journey. I know the path, I just can't be certain what I'll see or who I'll meet.