Background work on the new novel 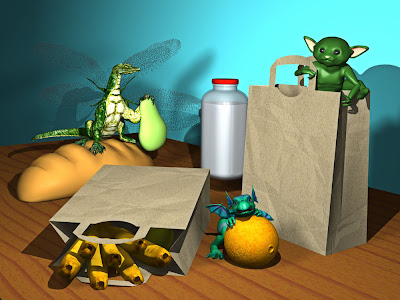 Did I mention that I finished the Devlin novel that wasn't quite done at the end of the year? Glad to have it done and still a little bothered that I didn't get it before January 1, but in a few more weeks I won't even consider that part, so it can't be that big of a problem, right?

The new novel is Draw the Line and it is a science fiction story in a new universe from what I've written before. I am not close to writing it yet. The background material on it is growing quite nicely, and I'm very happy with the alien cultural stuff that I'm getting. I can't tell how much of it will end up in the book, but that's all right. I can keep experimenting and spreading outward to see what I come up with.

I like my main character. And I like the person who is his worst enemy and former lover because she's got a lot of problems to deal with, and she's going to have to get over some of them the hard way. I also have an alien built space station that no one really understands. The station itself takes actions that help and hinder the others. It's huge. Much of it is closed off and no one can get in. But out along the edge, at the docks, there are four groups -- humans and three sets of aliens. There might be others in other sections that are less human-like and can't share the same environment. (Oh, just had a thought! Must open SuperNotecard and get it written in!)
I really love SuperNotecard because of how easy it is to add things, move them around, and even duplicate some stuff if you want to reference it for two or more different reasons. You can also use reference links and do all kinds of fancy stuff that I don't usually mess with.

I have over 6,000 words written in notes for this book so far, and I have a lot more that I haven't added in yet. And I still don't have anything but the basics on a lot of sections, including that odd little thing called a plot. I can see parts of it, but the overall pattern isn't there yet.

Oh, thought of something that's been bothering me for a while. This may be part of the answer. (Runs off to do more notes.)
There. That will help a little. It's funny how answers can come at the oddest times, and when you have stopped looking for them.

This is the major project right now. I hope to start writing in March, but I'm not sure that I'll be ready yet! 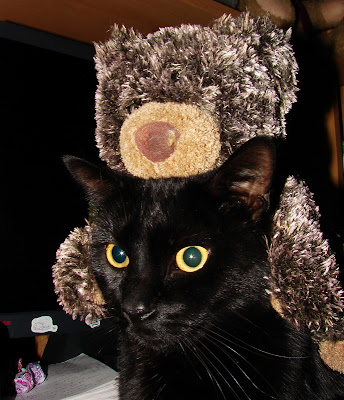 There has to be a way to get more time. I want to have time to write and do art, and I really don't think that's asking for too much. Okay, and read. And do more photography.

Lately, though, I've barely been getting 1000 words a day in writing, and I'm lucky if I get anywhere near a graphic program. I have been keeping up my picture a day blog, but if it wasn't for cats and teddy bears -- both always in reach -- I would be in real trouble there. (Or cats and teddy bears, as the picture today proves. That's Zaphod and friend, and yes the bear is sitting on his shoulders.)

I'm working on many things and trying to get them caught up/finished so I can move on to other many things. It seems like there ought to be some kind of break there. I have also discovered, the last couple days, that I need to find some way to break up my days so that they are not all so much alike. The first step, as soon as I can figure out how to arrange it, is to buy an Alphasmart Dana (http://www.alphasmart.com/danastore/dana-w_features.html) (not the wireless version -- I specifically DO NOT want to connect to the Internet with it), so that I can move away from this desk where I have been living far too much of my life lately. I even have the money right at this moment -- a miracle all its own, but things are starting to look a little better now. Alphasmart, unfortunately, doesn't appear to take PayPal. I've checked Ebay, and I don't like what they have to offer -- all used, none of them with the programs -- and I think I would rather go with a new one and feel safe.

As some of you know, I have an HP Pocket Computer, which I use on the road and read and take notes in bed -- but it is not a good 'writing' device in the way that I need one. I have a keyboard for it, and it's a nice keyboard, but it's not easy to set up and keep aligned.

I think the Dana looks like something I could use. Get out of the office, just write without dealing with Internet stuff for a little while during the day. It sounds like heaven right now. Or, at the very least, a change.

Other than that? Not much. Had a little snow today and looks like we'll have more tonight. I fell on the ice last week, then had the flu, and I'm still feeling miserable. I have something almost ready for submission somewhere, but I don't think it's really what the editor is looking for. I'm sending it anyway. It's far too easy to talk yourself out of submitting rather than following through.

I would really, really like to get back to writing more, though. Now that I have the current group set up for the 2YN class, I think I have a better chance. I did well yesterday, but I haven't even started today. It's time to start focusing again! 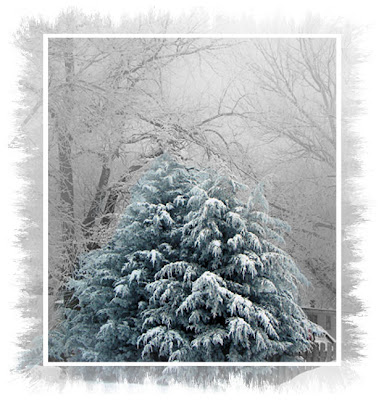 Yes, I am still alive. I've survived the holidays -- Christmas by myself, but Russ was home for the last couple days of the month and then he went back to New York on the January 1. It was, as always, good to have him here for a while. However, we really don't get to spend much time just relaxing. We rush all over trying to get me restocked for the next month, since there's no telling how long it will be before he can come back again. We did take the time to do our annual New Years Eve television watching. It sounds odd, but for probably a decade or more, we sit down on New Years Eve and we each pick shows we want to see and alternate between them. This year we stayed with DVD stuff -- not intentional, but it worked out that way.

I've been very busy for the last few weeks, and crazed for the last few days. Not only did I have Vision to get finished and posted, but I also had the DAZ newsletter (which developed a last minute problem), getting ready for the new 2YN group, and setting things up for some of the ten year anniversary stuff at Forward Motion. I'm still not really done. My writing has suffered a bit for it. I've only been doing 1- to 2k days so far, and I am having a hard time focusing on anything at all, but it'll come back soon. I hope! I've started a new Devlin novel, which is always fun to write!

I did get some good news from a publisher in England who is interested in a nonfiction book from me. We'd discussed it last year, but then things slipped away for a while. I just got another email and should know more in a couple weeks when the publisher is back from Europe. I'm going to pull the outline back out and get to work on it again, so that I'm working steadily on it and won't feel rushed.

And the last Dark Staff book is done and off to the copyeditor! Yay! It appears that Book 7 has some kind of curse attached to it -- the copyeditor lost the nearly completed edit and had to go back to an earlier, partially completed copy -- but she's determined to get it and the last one done.

So that's my news for the moment. I kind of hope to get things settled in over the next few days and have more time to do some more writing!