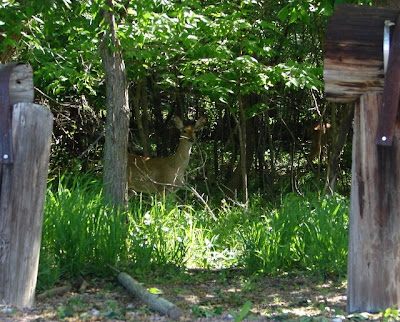 And no end in sight, as far as Russ and I can tell. I'm talking about his job in New York, of course. He left the day after Thanksgiving. He came back this weekend for the first time in three months. We had a fun time, and he hopes to make it back for our anniversary next month, but it's doubtful. Flight prices have gone way up. What a shock.

We are still digging our way out of debt, but we're a lot closer. It's amazing, because as debt goes, we have never had much. We don't do credit cards, we don't have car payments, we don't have kids. We have the second house which is $500 a month plus another $150 for utilities, plus this house which has no payment, but about $250 in utilities. Car insurance, of course, though the car spends most of the time sitting in Omaha these days. Russ has his expenses in New York -- a place to stay, of course, and all the extras of getting around there. He's thinking about trying to buy a cheap car out there for work, which would help in some ways. Yes, let's see -- two people with three housing locations and three cars. (The van is pretty much dead, though. He thinks he'll see if someone will just drag it off for us.)

I wish he could get a job closer and maybe spend a weekend or two a month at home. I manage fine on my own, but you know -- I married Russ for a reason, and it wasn't to just talk to him on the phone now and then and exchange emails. Next month will be our 29th anniversary.

I will not be moving over to the other house for the summer like I thought I might. It turns out that despite draining all the pipes, one of them did freeze and break this winter, and it is at the worst spot to try and fix. Ugh. That house has central air. It appealed to me. Actually, if the weather gets too hot, I'll just go over there and work for a while anyway. We didn't get a chance to put the AC unit in the window here, so if the weather suddenly heats up, it's going to be pretty miserable. This house is fine until late afternoon.
I do have a good fan, though, so I'll survive it. I just don't much like heat. We've been lucky in our weather this year, especially compared to some of the other areas. I hope it stays that way.

So, okay. Time to get focused back on writing. I can do this, right?

(Starts pulling out notes and wondering what some of them might really mean....) 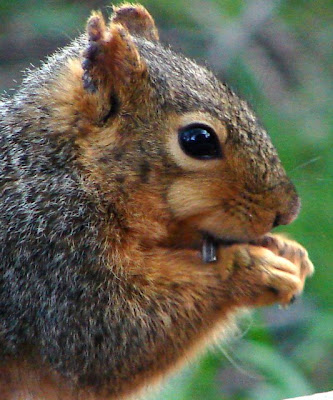 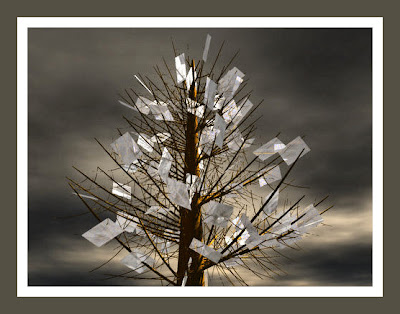 So, what have I been doing?

Pretty much the same as I always do, but lately with a lot of moans and gasps. I hurt my back. I'm coming out of it now, but it as been a horrid week as I stumbled through the house. I couldn't even make most of the food I have since it has to be baked and I couldn't lean over.

But I have survived it so far. It's better today.

Even sitting at the computer has been difficult, so my writing took a hit. I need to concentrate on it again, but I'm still not quite up to it.

Russ is supposed to come home over Memorial Day weekend. I hope he makes it this time. He hasn't been back since February, and three months is just a bit too long. Neither of us are happy about it. He hopes he can start making it once a month after this, but we'll see.

I did write four short stories at the start of the month. I have a fifth one started, but haven't been able to get back to it. The time on the computer has been limited to what absolutely has to get done in most cases. I'm getting past that, though! I have been a bit more active over at ArtZone lately -- it was kind of distracting, to be honest, and I needed that. I admit that I've been doing more art than I probably should -- but it's been a great way to take my mind off of everything. Writing does that too, of course -- but the art stuff works better sometimes because I have to learn how some things work. That takes more attention for longer periods of time. It helps.

My major writing work, other than the short stories, was a complete rewrite of No Beast So Fierce, which took it from somewhere around 23,000 words down to 7500 words. Not to say that I tend to be wordy or anything, but it turned into a nice little short story. I have a specific market in mind for it, so after I go over it one more time, off it goes.

I'm also working a little bit on the notes and worldbuilding for Draw the Line. I need to get the rest of my notes typed in (maybe tonight), and see where I need to go from here. It's looking like a very complex story, and I really can't wait to work on it -- though I am going to try and work out everything I can ahead of time. At the rate I'm going, this may turn out to be the NaNo novel this year.

So that's what has been happening with me. Not enough to really blog more often. I lead a boring life!