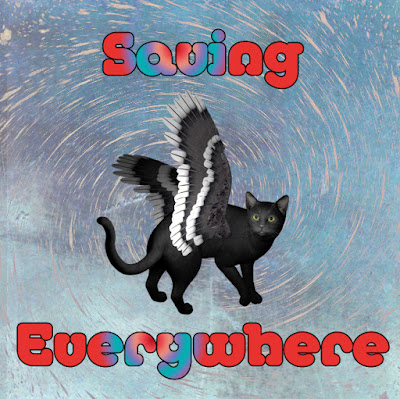 (Previous)
The soldiers had started moving in on us before they realized that the other creatures were moving.  In those few brief seconds too much happened.  I saw rifles aimed our way, the soldiers steady and ready to shoot.  Twenty or more men and weapons, spread out in a slight curve, all of them looking at us and expecting trouble.
None of them looked at the woods to the right and left as they watched us with the sort of worry and caution that meant they'd had trouble in these woods before, and we looked far too much like the enemy.By the time I could even consider making a protest, it was too late, though.
The were-creatures were leaping out of the woods -- a couple soldiers turned that way.  Lord Snow howled and raced towards them, but I saw soldiers aiming at him, finger's moving --
"No!"
Of course it worked -- the rifles tore from the soldier's hands.  It also completed the belief that we had to be the enemy, too.  Soldiers shouted in fear and leapt after the rifles that had flown awayf rom them and crashed onto the ground, a few of them firing.  No one was hit.
By the time the soldiers had their weapons, though, we had attacked the were-things.  I had caught a glimpse of the men and noted their confusion.  I had no doubt they'd figure it out soon, but I wasn't sure if it would help.  We were badly outnumbered.
And I wasn't much of a fighter.  My powers were in the realm of protection.  I had killed Tommy Creston -- the thought still made me shiver, even now -- but that had been to protect others.  I had to get that feeling back, just as I had when I knocked the rifles out of the hands of people who were going to kill us.
I used magic, but not to kill.  I didn't know how to do that and didn't think I wanted to learn.  I did use magic to knock creatures back into the trees, to give everyone else a chance --
Something caught hold of my arm.  I couldn't even clearly see what it might be as I brought my free arm around and slugged it in the face.  It howled and blood spurted, but it didn't let go of my arm.  The thing growled and all I could see was huge black eyes and fur that covered most of the face and hid the human this had once been.  I wanted to find the humanity, but like looking into Tommy's face, I knew it was gone.
Claws ripped at my chest and another creature was rushing my way --
Lord Snow got to him first and I had to look away.  One of the soldiers came up and shot the one who had me and it let go.  I fell back -- Lord Snow and Edmond were there, standing over me while the battle raged.  Davis arrived.  He was injured, too, but he did quick work on my wounds and that of a soldier nearby.  The others fought and Lord Snow moved back to help, though I worried about him.
I worried about us all.  I wanted to get up and do something, but the world still moved strangely when I tried to and I didn't even need Davis to warn me to stay still.  He didn't seem so much like a surfer dude these days.  I felt badly for that, as though all of this had been my fault.
The weres began to howl, and then they retreated -- those that had survived.  They rushed back into the woods and in a moment we were alone again.  Everything went eerily silent.  We had won, but that didn't mean we would be safe for long.  I struggled to get to my feet.
Magic filled the air.  I spun, dreading what was happening -- but I found no attack this time.  Lord Cayman had looked around much like I had and then gave a worried nod.
"Darman and Potillia arrived," he said with look around. The soldier were starting to form up into a squad again.  I thought they held a little tighter to their weapons.  "We need to get out of the woods that are filled with his creatures.  If Darman gets control of them, they won't attack as mindless animals.  We don't want to be here if that happens."
The Captain looked as though he might want to argue.  I had the feeling it came from dealing with anyone who had magic rather than the wisdom of the words.  Wisdom won out, though.  He gave a nod, silenced any protest, and requested that we keep ahead of the soldiers.  That seemed a reasonable request, though I didn't like having all those rifles behind us.
I was surprised when Lord Cayman came and took hold of me, helping me stay to my feet. This was really the closest I had been to my father.  It was an odd feeling.  From the glance he gave me, I thought he felt the same.
Things were moving in the woods around us as we hurried down the trail.  Darman wouldn't have gotten them in hand yet, but that didn't make them any less dangerous.  Lord Snow was walking beside me.  I could hear him growl, low and soft.  Edmond walked ahead of me.  I wanted him in my arms --
Attacked again.  They rushed out along the sides.  Rifles fired and some of the creatures fell, but too many more got through.  I pulled free of Lord Cayman who needed to use his magic without worrying about me.  He was the strongest defense we had --
Maggie gave a cry of surprise.
I looked to see something had grabbed her leg, pulled her down, and dragged her off into the woods.
I ran after her.
To Be Continued
Words 980

An Event and September Ends 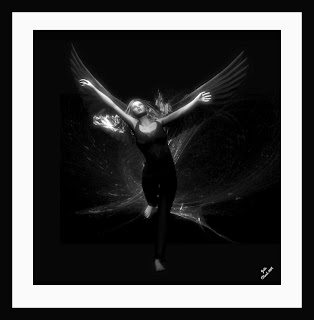 Special Note for Facebook People:
I will be hosting one hour of Patricia Loofbourrow's book release party for Queen of Diamonds, the sequel to her exciting steampunk Jacq of Spades book.  Please come by and keep me company!  I'll even be giving away an ebook or two of my own!  There will be lots of other great authors joining in as well, so stop by and see what's going on.


(Other authors may be joining in!)

And now my regular blog!
This is already the last Monday of September.  The month went too fast -- and now we're facing down October, the last month before NaNoWriMo.  I am not ready, but I think October should give me enough time for the next big outline I want to get done.
That will only happen if the story idea for the second Raventower book comes together.  I have finally had ideas, though, and I see an underside to the original story that is going to be really fun to play with since I have two minor characters who are not what they appeared to be.  This makes me VERY happy.  They're going to be so much fun -- just as soon as I come up with an actual plot.  I have some scenes.  I even have the end.  I think I have the opening scene.  There's just that 100,000 other words between that I need to consider.
Also, I think I need to change the location of something in the first book.  Not a difficult change, but I can work something in later if I do this.  So, a good thing I haven't tried to rush Raventower 1 out.  I knew that I wanted to consider things for the next book before I made any final decision.
Raventower was my 'experiment' for the year.  I try to do something different every year.  Sometimes that's working with a new type of character or a new genre.  Other times it is how I work.  This year Raventower took two different paths.  One was attempting a steampunk-ish type tale and the other was to see if I could write, edit, and publish a novel in one year.  Usually, I write a first draft and let it sit for a long time, often more than a year.  With Raventower, I started the novel on January 1, 2016.  I let it sit until May when I did a quick read-through edit, making notes and changing some of the more obvious things.  Then I left it alone until late August and spent most of a month rewriting, editing, and adding.  The book that started out at about 115k is now over 130k.
I have only a few more notes to do over to get it where I want it.  Will I have it published before the end of October?  I might.  However, I am also working on notes for the second book.  I want to make certain there is nothing in the first novel that I might need to change based on what I've already considered for the second one.  With luck, I'll have the first draft of the second one done during NaNo and be able to release the second book in early to mid-2017.

I still have one other book to put out this year.  I want to get the third Summerfield novel released.  Since it is Winter Warning (the first two are Summer Storm and Autumn Winds), I'm coming up on the right time.
So much to do.  I should have the time, but somehow it keeps getting away from me!
I hope to see you on October 1 at the Queen of Diamonds Release Party!
Posted by Zette at 9/26/2016 12:26:00 AM No comments: