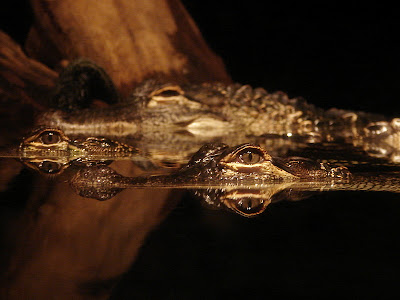 To say that this week has been a zoo would be putting it mildly. You can tell how bad it has been by the fact I was really, really happy to get over 1000 words written yesterday. I haven't done any yet today.

But FM is back up and running well. That, at least, has gone right!

I'm going to do a short snippet from Paid in Gold and Blood tonight. This might be the last one I do for this book. We'll see. It's just a short little bit, and not the most exciting part of the story, but I do like the characters.

"You've said the like before. But I still don't see how it could be your fault."

"I took her from the place of sacrifice, set her spirit wild --"

"And would it have been better, sir, if you'd left her?" he asked, sitting back again. "What would have happened then?"

"I... don't know," he admitted, but that was only half the answer, and they both knew it. "It would have been nothing good. If this is the power of a broken spell, I don't know what it would have been had everything been completed and the spell set in motion."

"Such spells take time to grow," Katashan said. His head pounded, and he wished he didn't have to think about such grave matters right now. However, he could tell from Cork's worry that it had been weighing heavily on him, and likely the same was true for everyone else who knew the truth of Sherina's death. "It was no simple casting."

"How long would it have taken?" Cork asked and drank down the last of the broth himself.

"I don't really know, Cork. I will likely have to go back to the site to find out, though. It may give us the answers we need to destroy her."

"That would be good sir -- but not yet. You're a long ways from well enough to travel."

He nodded without a protest. Even talking seemed to take a great deal of strength from him.

"Anything more I should know?"

"I sleep in the room here with you now. Captain Serrano made it official that I will be your personal aide and servant. Maylee brings us food, and we're damned careful of everyone else. I've feared she would be back at the windows, but Pater Matish says we're safe. Gods help us; I didn't realize he could do that, too. He said yesterday there's been no sign of her. I can't say that makes me feel any better."

"No, me either." If Katashan closed his eyes, he could see her clearly in his mind -- a wavering shape of white and power, hovering like a malevolent cloud above the camp of the dead soldiers. Peralin had fought her away -- he remembered that his own magic had not been strong enough to stop her. Though, granted, he had not been in the best of shape just then. She had not been close to destroyed, and yet she hadn't taken advantage of his weakness. That made him uneasy.

"Perhaps Peralin has been some help."

Cork's face paled a little. His voice lowered again. "I had convinced myself that had been -- madness, sir. That surely the god himself hadn't given me wine -- hadn't come to our aid. I'd really rather he hadn't, sir. Things can't look good if he's involved."

"Me too, sir. But there's nothing we can do about it." He shook his head, but apparently the reality would not be persuaded to leave him this time. "I've not mentioned his appearance to anyone. The others are worried enough."

Katashan nodded, though it hurt to move his head. He did finally lift his hand and saw bandages wrapped around the wrist and up over the hand.

"Seemed best, sir, not to draw attention to that cut on your wrist. It had started to heal, but it looked too obvious to me. I did that one myself, and let the Pater Matish deal with all the rest."

"Thank you. My ritual blade?"

Cork pulled it out from under his own tunic. "I'll keep it a while longer sir, until the priest is finished and doesn't plan to come back, if you don't mind, sir."

"Kat, sir," Cork said, and then laughed. He looked unexpectedly happy. "I'm glad you're awake now. I've had a world of worry, not knowing what to do next, or what to do if she came back. Do you have any plans on how to deal with this?"

"I'd like to be awake for a little more time before I'm asked how to save the world."

Cork laughed again. Color had returned to his face. "Yes, sir. Good point. Rest now, Kat. Rest while you can."

Well, I'm disappointed that there won't be any more snippets from this work, because I'm enjoying it very much, but I do understand.

I like those two and the interaction between them.

This is after the scene where Sherina tries to shock freeze them all you posted some weeks ago, isn't it?

Don't quite get the business with the blade - did Katashan attempt to slit his own wrists with his honour blade in a previous episode?

As others have said; good interaction. It'd be interesting to see how the relationship develops.

And good last line for Katashan. :-)