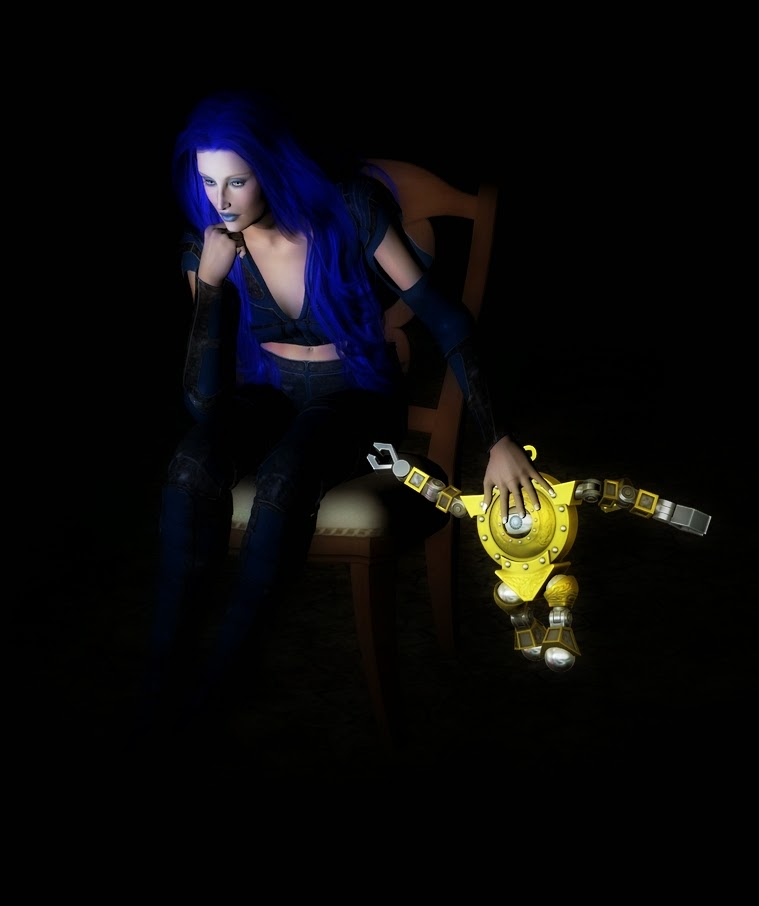 This last month I've read a number of different genres: fantasy, mystery, romance and literary fiction. I'll try any book that looks interesting. The last book I finished, however, clearly brought to mind something I've been seeing happen more often in all types of books.
As writers, we've all seen the advice to make certain our main characters are not perfect. Give them flaws and make them more human, the advice reads. And it is good advice, when not taken over the top. What I'm starting to see more and more often is the main character protagonist who is so 'human' that you start getting annoyed as you read about him. He's so dedicated to his work, for instance, that he's absolutely blind to the most obvious problems in his home life. The author is certain to write how much he loves his family, would do anything for them, etc. -- but it's apparent that only applies to the hour he's home before going to bed. After awhile you can't really believe the MC is this stupid, and if he is -- why should you care about what happens to him? His flaws don't make him human, they make him annoying. They are painted on with so thick a brush that he starts to become a caricature, and no amount of 'I love you' lines repeated to his children is going to make you believe it's true.
Then there's the second problem, and one that's often in the same book.
Authors are also admonished to remember that their antagonists are human, too, and that everyone has a good side. Don't make your bad buys one-dimensional, and you must provide them with good sides as well as bad.
So the author who lays the flaws on the protagonist now is equally heavy-handed with the antagonist in making certain he has a good side. And do you know what happens? The person you like best in the novel, the one who is far more interesting and fun to read about than the MC. . . . right. He turns out to be the bad guy.
When this happens occasionally, it can make an interesting twist. When it starts happening so often that you can pick out the bad guy not by hints and clues, but by the fact that he should have been the protagonist, then it's become a problem.
"But this is more realistic!" some of you will cry.
And maybe it is.
However, I don't read fiction to be shown the real world. I also don't read fiction to learn about the true nature of mankind. I know some people enjoy those sorts of books, and while I'll take an occasional dose of it, I'm really looking for an adventure. I want the good guys to win a hard-fought fight, and when the bad guy turns out to be a better character, the win is often annoying.
Is there a cure for this?
No.
Authors are going to continue to press the bad side of good characters and the good side of bad characters, and there's nothing wrong with this. However, we can hope that after a while the authors will be less obvious in these characterizations. The man will spend more time with his family, but think about how he should be handling something at work. We can empathize with that kind of thought and know that he's doing the right thing. And rather than having him be totally blind to the problems at home, simply because he isn't around enough to see them, the other characters will have to actively hide things from him. Wow -- what a difference that makes in how you feel about a number of characters.
And the bad guy? The bad guy will occasionally betray himself by being too slick or being snide. He can be forgiven, of course, before we understand his true nature. After all, everyone has a bad day. He can still donate time at the local mission and feed stray dogs. Just make sure there are moments the readers can look back on and say 'Oh, that was well-written! There was a clue (or two) about his character!' This isn't about plot. There should be those hints as well. However, if the characterization is so far outside what is happening in the plot, the events themselves become less believable and the reader can feel betrayed and tricked. That's not often a good thing.
Of course, then there's the books where everyone is annoying, whether they are protagonists, antagonists or occasional by-stander. Yeah, true-to-life. Give me an adventure and someone I can cheer for instead!

I think this is the big problem with 'recipe stories' -- IE, writers following a pre-made ruleset that is 'guaranteed' to make a bestseller. Authors are told to make their MCs flawed and hopeless, to constantly put them down and never let them win. It usually creates a main character who is not only oblivious to danger, but totally useless in the face of conflict, as the author has decided that this MC must not succeed in anything, ever.

It's cool to have an MC who does awful things, and a villain who has a good side. But it's also good to note that humans aren't always screwing up, or doing well. It's a mixed bag. Some authors suggest the 'lay it on the MC' method of conflict, but I prefer the 'tug of war'. MC gets a foot forwards, then the villain gets two, forcing the MC to take three steps (which they manage).

Yes, and you know the worst part? At least one (maybe two) were very popular. And they were boring. The second one was so badly written that I winced at every cliche and every over-the-top description of what was going on.

I'm going back to science fiction and fantasy. At least you are almost always guaranteed a good adventure.