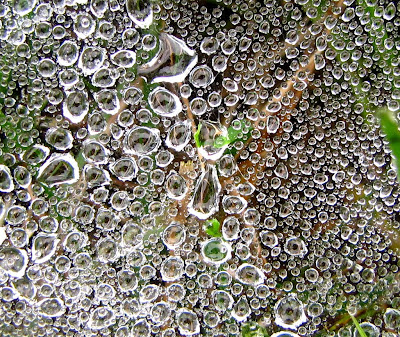 It's nearly that time of year again.  You'll have already seen posts, tweets and general panic about NaNoWriMo.  At this point, November 1 is still a little over a month away (ack!  Only a month?  Oh no!), but we're already preparing.

And people are already snorting and sneering and pointing fingers.  They would NEVER take part in something so crass.

Good.  Stay away.  Go back to your own corner and sulk.  In the meantime, some of the rest of us are going to join in a literary marathon for a month of fun.  Many will not reach the 50k goal.  Some of us will go far over it.  Some will write silly ninja pirate stories for themselves and friends and some of us will write the first draft of a book that we intend to edit later.

There were two words in that last line that are the most important for anyone who is taking part in Nano: first draft.  This is something important for people joining NaNo to consider.  What you write will not be perfect.  Don't think you're going to get done at midnight on the 30th and publish or submit the next day.  Let the story sit for a couple weeks.  Go back and re-read and fix it.  Don't rush.  There is no hurry.

Yes, some will still send it out right away, before an edit.  Yes, some editors will be overwhelmed with very poor manuscripts in December.  It's unfortunate that people don't take the time to learn better what they should do.  I feel sorry for them -- but, having read submissions for a small press, I know that these are no worse than some of the others.  In fact, I've read some pieces that people told me took them years to write and found them no better than some first draft NaNo's I've seen.  So don't tell me this about time and quantity versus quality.  You cannot pick up a book and tell me how fast the author wrote the first draft.  Quality is not an aspect of slowness; it is a facet of being willing to learn to write well and to apply that to your first drafts.  No one is born knowing perfect grammar, nor is it ever too late to learn.

And that's also something people who sneer at NaNo need to consider.  Those of us who know anything about writing know that we are working on first drafts and will be working on the material again later.  Yes, some of the newbies (those who actually finish the work) are going to be so enamored of their lovely shiny new work that they'll send it right off, expecting an editor to grab it up.  Or Lulu.com and Smashwords.com will be inundated with the work.  No, that's not particularly good.

It's not the end of the civilization or even the collapse of the literary world.  Those who moan and groan about all the 'crap' that is put out during NaNo fail to mention one little fact:

They're never going to see any of it.  Whatever is written in NaNo will have no effect on their lives whatsoever.  Well, I guess it does have one influence because it gives some pretentious, literary wannabes the chance to spout about how great they are without ever, you know, actually writing something literary and oh-so-important.

Push yourself in new ways

Okay, so why should you do NaNo?  I'm going to address those who  who aren't doing it just for the fun of throwing a bunch of dares together and writing silliness.  There is nothing wrong with doing that, but you don't need to think about anything else.  Go and have fun.

The rest of us?  We're going to have fun in our own way.  Yeah, we're an odd group, but for people like me, writing a story and making it the best you can is one of the great joys of life.

Sometimes, though, it doesn't hurt to push a little harder.  We can get complacent in our work.  So, sometimes (say for that month of November), it might not hurt to try something a bit more difficult because it gets the brain to work a bit more.  It's a wakeup call to look around and build some new links and tools to play with.

Writers need to stretch.  Sure, you could do that any time, but if you are like me, you'll let everything else get in the way.  A goal like NaNo is just the thing to make you think about trying something different.  Go ahead.  You can stand to take a few weeks of your life to leap in.  And if you don't like it, you can leap back out at any time.

One of the things a number of people enjoy during NaNo is working in a different genre than they usually write.  If you aren't sure you're going to like it, why not give it a month to find out?  Remember, it doesn't have to be perfect.  You may find that you need a lot more study before you can write a certain style of book, but at least you can get some of the flavor of it.

You might try a different type of POV than you usually write.  Those can be fun, too.

Or you might have a story you would really like to write, but you can't seem to get moving on it -- or find the time to fit it in.  Now is your chance to get at least 50k on the first draft.

Here's a problem many writers face: they get started and their inner editor/critic steps in and makes them stop.  It's really silly, when you think about it.  You are that inner editor -- no one else lives in your brain.  You let the idea of the inner editor scare you into not finishing, because that's actually more frightening than giving up.

Here is a chance to punch the inner editor in the face.  You won't have time to listen to him/her.  You're going to be too busy writing.  And there are going to be thousands of others cheering you on to keep you going?  What's one inner editor compared to all those others?

This is your chance to say 'no, you get to wait until the editing phase' and just write for the joy of it.  It's a really incredible sensation.

Some of us do considerable preparation for NaNo.  I do outlines, world building if I need it, and sometimes those things get extensive.  That's because I like doing prework.  If you don't, then don't do anything at all.  Just get your story in mind.  However, one way that can help you through NaNo is to have a list of at least one thing in your story to write about each day.  If you can come up with two things for each day, even better.  That means less words for each idea.

And no matter what, ignore anyone who makes rude comments about your work or NaNo.  This is for you.  Go into it believing that you are going to have fun.

I love it when you let loose with the snark! :D

I'm beginning to look at NaNo as Self-challenge Month. It's a challenge to find a story worthy of full development as a novel. It's a challenge to try something I've never done before. This year, I'm opening up the setting in a way I've never done, and doing real world-building. Doing something brand new is always a bit scary, but also exciting, especially when you're under pressure.