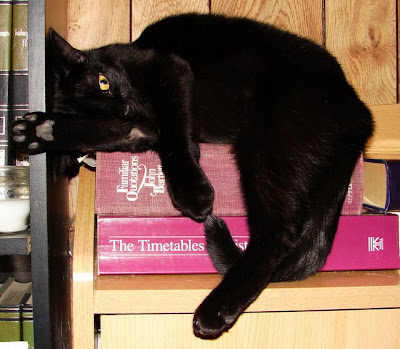 A million words in ten days? Is it possible?

I got an email today from someone writing to tell me how she had written one million words by the end of yesterday, and ha ha ha don’t we all feel dumb for being so slow and writing crap instead of working to her high standards. NaNo, plainly, is filled with losers.

Well, first is the fact that I don't care if you've written a million words or a thousand for the first ten days. Are you writing something you wouldn't have done otherwise? Are you looking at the way you work and deciding if writing is something you want to do at all? Good for you. You're winning.

But let's look at Lady X's claim of one million words and do the math.

Or about 69 words a minute. Doesn't look bad, right?

Except that no one can write for 24 hours straight for ten days. So we have to readjust there. Let's say that Lady X sleeps for only six hours a night. That drops it down to 18 hours a day to work. However, there are still the other little things that take time -- eating, showers or baths (we would hope) and using the bathroom -- things that can't be avoided. So let's say that only takes 2 more hours out of her day because she's driven to do this writing and doesn't have anything else to do. We are now down to 16 hours a day to write.

Divide that by 60 minutes and we have about 104 words a minute.

I won't say it's impossible. People do things I would never dream could be done all the time. I will say that it doesn't look very probable, though. Hell, I would be hard pressed to copy/paste 104 words a minute for 18 hours, let alone write them, and I'm not exactly slow (I'll hit 100,000 words today on my NaNo). Even using a speech to text program like Dragon Speaking Naturally would be difficult if not impossible. Try talking for an hour straight and see how your voice is by the end.

So, if you see people making outrageous claims during NaNo, pay no attention to them. If they did manage it somehow, good for them and they have reason to be proud -- but it still has nothing to do with what you are doing. If they're just making the claims to show how superior they are and trying to make others feel badly about their work, then they're trolls. Simple answers.

Me -- I'm working on a set of novels I adore and I'm having so much fun that I have trouble stepping away from it. I haven't enjoyed NaNo this much in the last couple years and it's really fun to feel the wind in my face as I race through the words. They aren't perfect 'high standard' words and writing. The works are first drafts and they're going to go through a couple revisions before anyone sees them at all. But I am having a great deal of fun and I hope the rest of you are, too.

So you know, ignore the trolls. Enjoy your work. And remember that we're just over 1/3rd of the way through the month. We can do it and you know, we can have fun at it without making (apparently) outlandish claims.

A MILLION???
Were they SERIOUS???
the word verification says: Tryogamo.

That's what I think about this claim of a million words.

I'd have a brain cramp and I'd probably smell funny.