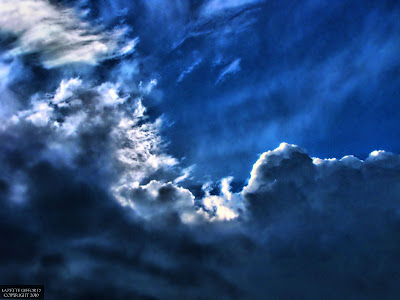 I am now about a third of the way through the third Devlin outline. I've added things, removed a few boring bits and I'm getting some interesting interaction between the characters that wasn't there before. These books are going to be a joy to write. This outline is going to be LONG though! It's already over 200 phases and might go over 500. That's okay. It would make it a good 100k plus novel.

I wrote a great chapter (outline) with Dancer as the POV, but now I realize it's in the wrong spot. No problem. Easy to move stuff around in WriteItNow storyboard, though I will have to change the phase numbers. The joy of an outline is that everything like this is so easy to fix now, rather than later after the text is written. Most of my phases in this book are running about 20 to 50 words like this (Devlin's POV):

Get Dancer into a bed upstairs. Cha sent her off while he deals with the wounds. She's not squeamish -- but she does fret. Should stay and help with Dancer? No. Keri is one of them, too. Odd thought.

There's going to be a lot that goes with that -- getting Dancer up to the bed, descriptions of the place, and Devlin dealing with her worries about a case that is going from bad to worse. Oh yes, and her dealing with Keri. He's the IWC's top psi and they've worked together before. It wasn't pleasant for either of them.

You know, I've been thinking about people who say they can't do outlines because they then lose interest in the book. I wonder if they've tried writing an outline (just a short one, even) and then putting it aside and working on something else before they go back to write the story. I suppose many of them have tried that -- it would be silly not to. But for me, if I write a bunch of outlines, then by the time I'm done with the last one, the first is almost completely erased from my mind. It's fun to explore it while writing again.

It's much like putting a story aside after you're done and before you edit it. Get it out of your head so that when you look at it again, you don't see what you expect to see. I always write something else between finishing a draft and editing.

Not that I think everyone has to work with outlines. It's just that I sometimes hear people talking about problems that an outline could help with, but then say that they can't work with them. So I keep looking at different ideas and wondering what might help. It's what I do sometimes, when I'm not so deeply entrenched in my own work.

These books are fun.

That reminds me of something I wrote in my LJ earlier this week. I've come to realize that I'm writing for an Andre Norton audience in a Laurell K. Hamilton market. Yes, I really am a YA writer, and I know that, but even the YA market tends to move in directions that I don't write. Besides, I just don't write vampires. (grin)

I don't write to the market. I write the stories I want to tell. Devlin and her team are too old to be YA, but they're not sex-filled or gory, so they aren't fitting the modern market, either. (Yes, that's an overstatement -- and exaggeration of the market as it is today.) My audience is looking for adventure stories where if there is an alien invasion, the story is about how the aliens are dealt with, not how long it takes the ship's captain to get the pretty ambassador into bed with him. Not that the two won't end up in bed -- just that it's not the focus of the story.

That's a huge difference for me. My focus is always going to be on the adventure and danger, as well as interactions that are not always sexual. I am fascinated by friendship. I love those moments of commitment to do the right thing.

And always getting into more trouble for it. (grin)

I think I need to get back to work creating more trouble for Devlin and her 'boys.'