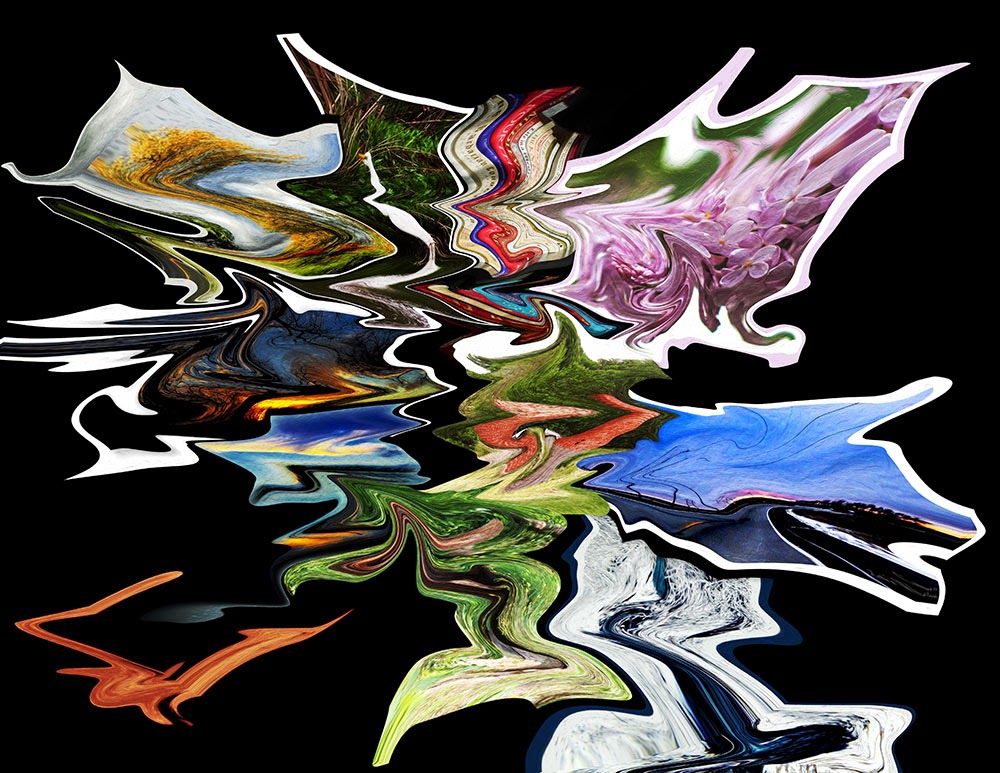 I never knew my father.
That's probably an odd thing for me to have thought in the moment when chaos rushed through me, but I realized that if I had known my father, or at least known about him, I might have been better prepared for the idea of having the power to do magic. At least having grown up near Elsewhere, I didn't deny magic existed like I'd heard they did in some places of the world.
But . . .
The first feel was agony that started in my head and rushed through the rest of my body.
Everything inside my head moved and changed as Davis did his best to give me a crash course in the powers we needed to survive. He found parts of me I didn't know existed. I could feel the magic when he touched it, but that proved to be almost a disaster in itself. Once I knew that power existed I couldn't turn away from it and I had no idea how to control --
Davis fought down my panic and held it in place by pure force. Then he laid out some of the very basic rules, which all had to do with feel and not anything I could put into words. I let him lead me through what he could, but it became obvious that my magic wasn't something he understood.
I was different.
That thought set another round of panic going. I felt everything I knew and remembered being swept up into a maelstrom of magic, twisted and turned to make even the simple memories transform into something I couldn't understand, as though they belonged to someone else.
I was lost. I didn't know what I was. I didn't know who I was. I could no longer even feel Davis's hold on me. Being lost in my own head proved to be more terrifying than anything that had been thrown at me since I came to Elsewhere. I could fight the outside world. I could see my way from place to place, even if the damned buildings moved. But here, in my head --
"Mark!"
I heard the sound of the voice, knew someone called me, but I cowered away. Nothing good had happened. Who was I? I couldn't even name myself now, or touch on a past as a human. It had all been a lie. I couldn't go home. I couldn't survive here.
Better to let go.
"Mark! Need help!"
Not my problem. Not my place.
I would die here if I didn't help.
No matter. I was lost. Better dead then lost here in this place of colors and black and sounds --
"Mark!"
I had never asked for this. I never --
"Mark, please -- Maggie --"
I finally let the voice touch me. Maggie's name had done it because I didn't want my cousin to think this was her fault. Maybe stupid, but it draw me finally out of the darkness. I didn't like the magic. I wanted it to go away and for me to be myself again --
"Easy," Davis said. I could clearly hear his words, but I still couldn't see the world around us. "Easy. I'm sorry. That was stronger than I expected. You are . . . Different, Mark. That's not bad. We need different now."
"I --" I began, but I wasn't sure how to speak now. Or what to say. I couldn't verbalize what was inside me.
"Let me show you. Be calm. Relax."
It wasn't that easy, especially when I was aware of a building brushing against me. Just the same, if I wanted to help, I had to trust Davis. So I carefully sat down in the corner of my brain, metaphorically speaking, and prepared for the lesson. I'd always been good in school.
Davis said very little now. He sorted out threads in my mind, pulling the colors of magic up where I could see and touch them. They were clearly linked to emotions, ranging from red anger to blue sorrow and white fear. Red and white were the strongest powers I had right now.
But there was another power. He pulled the strand out; pure silver that glowed more brightly than the others. I could tell he was as curious about it as I was. I felt strength from that thread. I felt peace and power -- and it gave me back a piece of myself.
I hadn't changed. I had always been what I was now. I had only been given a chance to touch something more inside me.
I let Davis lead me through everything, holding back my fears. I forced myself to accept what I still didn't understand. I could see the magic. I had no idea what to do with it.
I would have to learn quickly. Davis, suddenly, was very worried.
"Can't hold," he said, aloud. "Need --"
Needed me to help hold the walls back. I had lost track of the real problem, but Davis suddenly pulled free of my mind and I blinked to find that Maggie's magical wall of protection had been squeezed closer, until there was no more than a few feet of space around us. Davis still had his hand against the wall and I could see the sparkle of magic there, but elsewhere the magical wall showed the dark lines of fissures, as though it would crack and disintegrate at any moment. I needed to help.
And I still had no idea how to do so.
"Mark," Davis whispered. His face had gone pale and his arm shook.
I lifted my hand and laid it against the magical wall. I could feel the warmth of it, and the beat of the magic. The beat slowed even while I felt and I knew it was going to die at any moment.
I wished it to be stronger. I put all my focus into feeling the magic within and adding it to the wall.
And nothing happened.