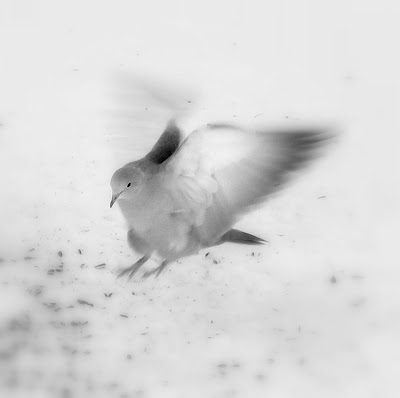 Hmmm... I seem to be a couple days behind on this. A shame I can't get those days back before the new year begins! I have so much work to get done!

Vision is nearly done, though. So is the DAZ newsletter. Forward Motion doesn't need much more, either, now that I look at it. So really, it's just a case of pulling it all together and working through it.

But Russ is home! Yay! We're kind of snowed in, but we'll have to go out for supplies soon. We have snow and more snow, and more snow on the way, though not much. That's good. I would really like to go somewhere, and Russ is talking about Omaha and me at the zoo while he goes and visits with some people... but I'm not sure it's going to happen.

It's good to have Russ home for a few days, though. So I'm not going to waste time on this. I'll post this to both the LJ and the Blog and get back to visiting with Russ.

Everyone have a good new year! I just hope I have everything done in time! 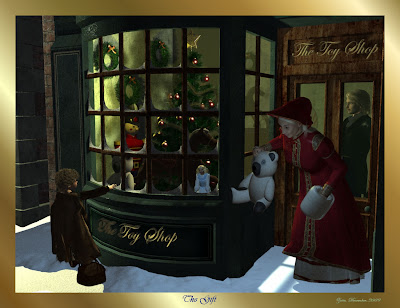 Snow, snow... yes we have snow. And it's messing with my life. Russ is trying to come home on Saturday, and this storm is giving us trouble.

Away storm! Be gone! But not east, because then it will just hit where he is about the time he's trying to take off.

I just know this is going to be a problem.

That's really the big news right now, of course. I'm getting newsletters done. I'm getting outlines and notes and articles done. I'm looking forward to starting my new novel on the first. It's going to be an interesting story to work with -- but then I think that about all of them I write.

This month is going quickly, at least. We'll be into 2010 before too long. I don't know if I'm really excited about that part or not. Sure, new story, fun stuff... but I can't say I'm really thrilled about anything else. Maybe this will be the year it gets better. I guess I'll just have to wait and see.

So everyone have a nice few days, whether you celebrate holidays or not. I'm going to just hide out in the house and watch it snow. 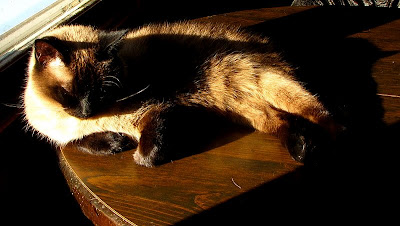 I'm starting to look 2010 in the eyes and face it down. A new novel idea has taken over the 1/1/10 spot for new story of the year. I'm sorting out plan and goals rethinking all the things that didn't go right this year and I can improve on. There's always room for improvement

Next year is going to be editing year. I've been playing at editing, but I need to get far more serious again. And I need to make decisions on which stories are going to be going out in the next rounds.

But for the last two weeks of the year, I really don't have that much to do. I've finished what is likely going to be my last short story of the year. I've done most of the work on two outlines. I've done work on Vision. I'm putting together the next to the last newsletter for the year, and it's relatively easy this time.

It's odd. I'm used to having to rush to finish one thing or another before the end of the year, but it's not happening this time. I find myself anxious for the start of the year so I have to rush again, and that's not really good. I should take advantage of these nice, quiet days. But here I am tonight, rushing to get this done just before midnight. I think I'll sleep late tomorrow. I think I'll take time to just relax and not worry about much of anything for a few days. It will be a new experience.

Don't Go Home for the Holidays -- A Story of Spies, Aliens and Really Bad Timing 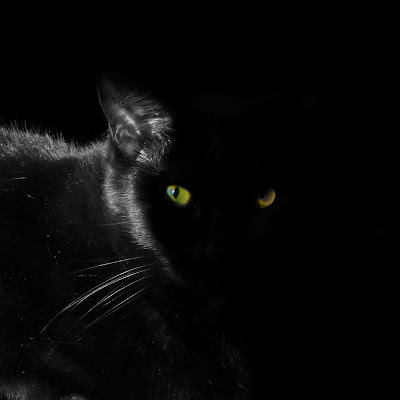 Just about the time I was preparing to write this yesterday, I suddenly blew a fuse in the house again. This is the second time recently -- the same fuse -- so I've got to figure out what's wrong there. Worse, I didn't have any more fuses in the house at all. I went to bed very annoyed and somewhat cold, though the furnace was still mostly working.

Today, I have water boiling on the stove to help keep the place warmed up and that has done wonders. I also have fuses, thanks to a friend who brought a box of the little beasts over. So the rest of the house is powered and I have my little heater in my office again. This is a good thing. I don't like cold.

Neither, by the way, do the cats.
They were entirely upset by the whole thing and let me know all through the night by waking me up as they pounded on the door to the bedroom. I did not let them in, even though they would have been warm. They also would have pulled down things and kept me even more awake.

But we are past that. It's not as cold tonight, too, which helps just in general.

December is turning out to be a rather odd writing month for me. I'm working on notes for In the Shadow of Giants, but I'm not going to write that one until March. Just far too much to do for it, and not enough time with Vision and all coming up. I'm also working on the Twitter story, which I think is close to done in the first draft. I like it so far -- mostly. We'll see how it goes by the time I get it finished.

This is an odd December for me. Most years I'm working like mad to get something done. This year, I'm trying to stretch out the projects I have. It's been rather fun, in fact. I've done more art work than I normally do. I've enjoyed that part. So much so, that I think next year is going to be far fewer words and far more art. We'll see. Come January 1, the urge to leap into the year and write all the things in my head is going to hit again. Then we'll see if 'oh, I just won't write that much' is going to stick. I kind of figure 'not' since it hasn't stuck so far!

This is the type of thing I do every December -- start thinking about what I want to do, what I want to change, what I think I want to accomplish. I have a few things lined up for next year.

Well, it's now nearly 3 am on Friday. I had work to do that got away from me. Now I'm going to finish this up and head off to bed for a few hours! Turning off the heat, shutting down the water on the stove... checking the temp, which is colder than I expected. But that's okay. Just go off to bed and sleep for a few hours! Yay!

That's it for me. I'm going to go think a bit more about my plans for next year.

Back to the real world 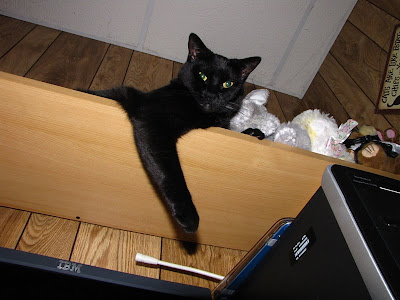 We have survived NaNo! I managed 200,775 words on three first drafts. Lots of work to do on them, but I'm really happy with two already. I was really happy to be finished, too. I love it -- bit one month is more than enough. And now it's time to get back to the rest of the insanity of my life.
Today was synopsis and send day for an older work. It should have been out before now, and the end of the year isn't the best time for sending something off -- but I'm going to do it anyway. Getting something ready to go always takes me a lot of time, so I have to get everything else cleared out first. I rewrote a synopsis. And it's about to go off, so I won't sit and pick at it... and not send it out at all. I can do that quite easily if I let myself.

I hit my arm yesterday and it's still sore. Interesting bruise, too. And it is VERY cold here tonight. I'm ready to go crawl into bed and sleep. So, I'm getting this posted (late) and sleeping (late).