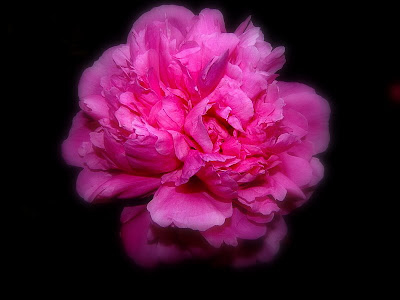 I have completed the outline for Dancer and I'm really pleased with it. I'm going on to Autumn Skies -- which is going to get a different title. I have a different series that deals with seasons and a book called Autumn Storm. I don't want people confusing them or thinking they are related.

This book is awful. Truly awful. Rambling. No sense. The POV character is way too angsty. This one is going to take a lot longer to do because it's going to be a whole new story. The basic idea -- trouble on world that is about to go into a 200 year winter -- is fine. Even that it was famous for wine is good. Bits of the trouble are fine. But overall -- not so good.

And you know what? I'm really looking forward to it. There are some aspects of the characters that are going to be really interesting to explore. And I think I can build up some things for future books as well. It's just going to be slower work. Dancer looks as though it will be about 90k when written. The second book (St. Cloud is the current idea for a title) is probably going to be shorter. We'll see.

Other things. Getting Vision done but just having trouble with it. Ugh.

Too hot. Heat index is 100f today. My little fan is not doing a lot of good.

Time to escape into some nice pretend world. 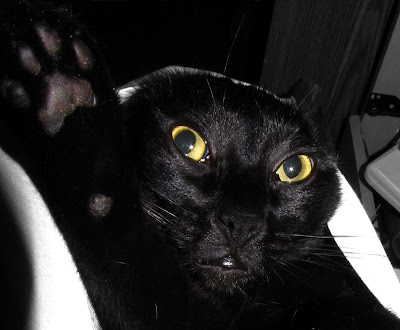 I'm having a really good time with the Devlin books. I'm just on the first one, but I have stripped out about 1/4th of the plot into an outline and a few good lines. I've added new stuff off the start, deleted a ton of material early on, and really enjoying the process. It's going well. The book should be about 90 to 100k when I write it, and with luck all the others will run roughly in that same frame. I don't think I will start writing, though, until I get a couple more outlines done. The characters are a little better defined again. Cha is back to quoting Tao lines, which is fun. Not a lot of them, but a few here and there. Dancer is still too weak. I see him growing in the story, but I think him to be a little stronger off the start.

Here is a snippet of outline. This is one of the fun scenes I'm looking forward to writing. Devlin is a well-trained agent and she's usually the steady, nothing rattles her type. Cha is a famous scientist, who dresses conservatively when working. Dancer is a local young man who is helping them on a case. Devlin is the POV in this little piece of story:

Knocks. Cha opens. Some things no amount of training can prepare you for, and Dr. Cha Hao Chan in a lovely long silk robe with his hair free is one of those moments. Stunned. Babbles about breakfast while she's mentally trying to slap herself instead of watching how he moves and his hair floats behind him. Dancer plainly amused.

I do have other things that have to get done, of course. Working on Vision. Working on updates to FM. Working on the big major experiment project. Working on other stories, too. But it is the Devlin stuff that keeps pulling me back. And that's good. It's nice to have a fun, exciting project, even if it one this huge and daunting!

This, of course, leads to the big question about something I don't understand with some writers. If you don't love the creativity and the writing, why do you do it? Part of me understands the concept of enjoying having something done, even if you don't enjoy the work itself. But that's housecleaning. Mowing the lawn. Writing? I just can't get my mind around that part.

I can understand 'want to be published' but don't want to do the work, I suppose. However, I am so far at the opposite end, it's hard for me to connect with that sort of feeling. It's not that I have anything against publication, of course. It's just not what drives me to write, and it never has been. I go through stages where I submit tons of things, and then I go back to writing again and forget to submit anything for a while. This is especially true when I'm really busy with non-writing things because then the time I spend with writing-related stuff is focused entirely on -- well, on writing. Because, ya know, there's nothing more enjoyable in the world.

But then, I'm crazed. Just look at my new great project. 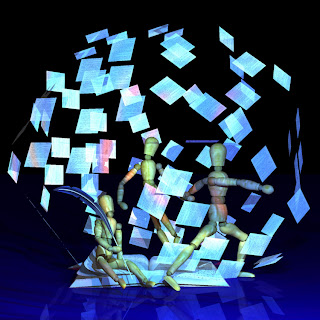 (This was also posted on the Story Project Board on FM)
I started the Devlin books back in the late 80's. This is a science fiction series about a woman who heads a special team for the Inner World Council Security agency. She is one of their top five agents, and the one who has the kinds of assignments no one else wants. She has a reputation for being unorthodox, getting things done, and for being very hard to work with. In the first book of the series, she happens in with two people who can work with her, and the adventure (and love interest -- yes, from me) is off and running.


Some of the books have been re-worked over the years, but none of the 9 completed books and 2 short stories are up to publication quality. I also still have at least three more full novels to write for the series. As it stands now, this is the work:

Every time I've considered these stories, several things stopped me from seriously reworking them as a set. For a while, I even considered abandoning the series, but there is a lot of work in those pages and some very good stories in there. I love the characters and I think about Devlin and her 'boys' almost every day. I take that as a sign.

Deciding I want to rework the series brought up the time factor. I kept telling myself that I would wait until I had more time for something this massive. Yeah. Right. Just ignore that bit of lunacy.

So then I am left facing the stories themselves. While the characters are generally good and the plots are exciting, most of the material was written between 20 and 30 years ago (ACK!) and the prose ... well, it sucks. Not only that, but there are also horrid inconsistencies between books because back then I hadn't a clue about true world building and background work. Added to the problem is that they are part of the larger set of stories set in the IWC Universe. Some of those other stories (Farstep Station, Lucky, etc.) have been published. There is far more material that hasn't been. It's long past time to get that timeline and background work into order.

So, I'm taking some of my own advice:

I have printed off the last version of Dancer I did back in the early 2000's and still hated. I'm pulling out the plot and a few good lines and dropping them into WriteItNow for the outline and using the programs timeline and notes to keep track of the world building and such, as well as adding in outside pieces for the overall universe. I'll carry that work over to each new book and add to it. I'll use the scene sections to do the outline, and this will very much be a Phase Outline:

I am seriously considering doing at least three or four of the outlines and background work before I do the actual rewrites. I think I need to have the world building firmly in place and I can't do that until I see what I need in the later works. There is another problem: The Devlin books are part of a larger science fiction universe. Some of the stories in it have been published, and I need to make sure that, at the very least, I have the timeline right for the rest of the stories.

Okay, so all of that is workable, though it's going to mean a great deal of background work. That's okay. I like to do that kind of stuff.

There is one last little thing to consider. Twelve novels and two novellas adds up to a lot of words. If the novels run an average of about 90k (some of them are well over that in the current versions) then it means this will be somewhere about a million words when I'm done. Writing a million words doesn't worry me. I do that every year. Writing a million on a single, unified project? EEEK!