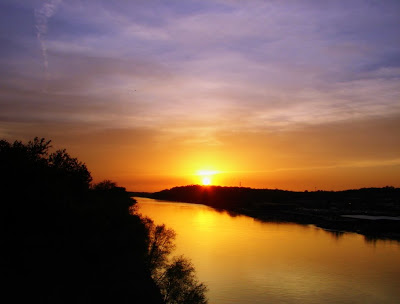 This is a section from A Plague of Rats

I posted an earlier section a while back but I haven't had time to work much on the story since then!


Slade looked back at Malin, the rune in his hand. "I'm going to try to call a fox, but I don't know if it will work. I'll have to do it softly, because there's something else out there that might hear the magic, and I don't want to draw it. If it does come, the fox and I may talk for awhile, but it will mostly look like we're just staring at each other and making odd noises."

"I'll be still, sir," Malin said. He thought he saw something unexpected in Malin's face just then -- a little curiosity and a touch of excitement.

He hoped this worked.

Slade tried to settle more comfortably on the ground, sitting cross-legged and cupping the rune in his hand. The first step had to be forcing calm into his thoughts, and he did that with relative ease this time. It must have been the exhaustion.

Next he had to think himself into fox terms. He had to see the world through a fox point of view... low to the ground, not bound to trails, the scent of life everywhere. Slade carefully reached out, first toward the camp of the enemies, hoping to find something along the way... but he dared not go too closely in that direction. So he turned from the northeast to the east, and moved slowly, slowly along the ground. It was long, tedious work, even though he didn't stretch out more than four miles.

The day was passing into twilight.

And he found the fox. It startled them both.

"Come to me, friend fox," he said aloud, his voice a mere whisper. It helped him to concentrate, though, after nearly losing the touch in that moment of surprise. "Come to me. I wish only to converse."

The fox didn't want to leave off his hunt. Food had been scarce with the others here.

"I wish to know about the others."

A feeling of revulsion, a hint of fear... and the fox turned and started darting through the brush, heading straight for him. Slade wanted to tell Malin, but he didn't dare let go of the little thread that brought the fox to him. He only gave a nod, and hoped Malin understood.

The fox came quickly, at least. In due time the brush beside the tree parted and a fox, molting from winter grey to red, stepped out into the small trail. He spotted Malin, and his head went down and his back up.

I wish to know the others. I wish to see them.

It might have been too many words for the poor fox, who made a yipping sound of annoyance. Malin apologized without words, and then carefully, with the rune still in his hand, laid his fingers on the fox's head.

It wasn't pleasant to try and fit human thoughts around fox perceptions. He could see things differently, and he could sense things that were not natural to his world. It made understanding what the fox had seen an annoying mishmash of information that was not important to him.

Except the fox had been hiding in the bush when the enemy went by.

He caught onto that memory and watched -- the tramp of feet mostly... but there, the blue of a soiled robe. The fox looked up at the priest, feeling a bit of kinship with the person who went by. Koya was on his own feet, but looking haggard, bruised and miserable.

And just behind him walked someone from a Dragon Clan. At first Slade thought that meant the others were Dragon Clan as well -- but no, they were human and northers from the looks of it. Another prisoner. Perhaps it was that touch of magic that Slade could feel, out of place and unsettling --

And then, just off the side of the trail, came something else.

Huge, earth-colored, a face that turned toward them -- not right and it startled Slade out of his contact with the fox, who yipped and whined, and then quickly retreated again.

He sagged back against the tree, trembling and not certain if that came from exhaustion, the work, or what he had seen. It had been a nightmare, that creature.

"We have a problem, Malin. The northers are traveling with something... something magical, and out of place, and I don't even know what it was. But I did see Koya, briefly, in their ranks. And another prisoner, it seems. Someone of the Clans."

"Making enemies of everyone."

There was an interesting observation, and Slade gave the boy a quick nod of agreement as he tried to pull back his thoughts and figure out what they should do next. The thing was what he could feel in the woods, full of latent power, darker and tainted with blood. Not the blood of the hunt, a normal feel... but of something given to him. Sacrificed.

They had to reach Koya and get him out of there.

Very cool--I love the hint of magic, sacrifice, and power.

I love the interaction with the fox - you made him very life-like!

Good piece of work. I especially liked the way you presented the fox and its reactions. No humanization here.
Elizabeth J. Baldwin

Yeah, I like the fox, too, and the hint of darkness in that creature. Promises interesting stuff to come. :)

Is Koya Slade's brother? He seems to care very much about him.

One tiny point for the edit pass:
Malin apologized without words, and then carefully, with the rune still in his hand, laid his fingers on the fox's head.
Shouldn't that be Slade?

Zette, this is awesome. You did a great job with Slade and with the fox POV, and the story really grabs me.

I like the interaction with the fox and the care Slade needs to show not to overwhelm the fox in their interaction.